A success. This was the first edition of SCAMP, the first festival in Spain for fans of American motoring and lifestyle, held last Saturday at the Autocine in Madrid and organized by Beardburys, the male cosmetics firm from Leon. With the sold out sign, attendees enjoyed more than 80 classic vehicles, an exhibition of 20 motorcycles, American food trucks, a mechanical bull, a Ferris wheel and four live rock bands throughout the day. And, of course, Richard Rawlings, the TV star leader of Gas Monkey Garage, who was the protagonist: from tattooing 'SCAMP' with those present, awarding prizes to the winners of the raffles, signing limited editions of Gas Monkey Garage & Beardburys and, of course presenting the first car that he customizes for Spain.

THE 1967 MUSTANG, THE HIGHLIGHT OF THE DAY

Richard Rawlings presented the jewel of the festival: the 1967 Mustang remodeled by himself and his team at his Gas Monkey Garage in Dallas (Texas) for Beardburys. Richard himself explained the transformation of the vehicle to the jubilation of the audience.

The event was undoubtedly the undisputed plan for Father's Day, with more than 12 hours of uninterrupted experiences in the purest American style with Mad Martin, The Hot Tubes, Lucky Dados and Border Caballero, the groups in charge of providing the soundtrack for the festival.

The barber show area of the Leonese company was the other highlight of the day.  Those present were able to try a wide variety of Beardburys products for all types of beards, and it was in this same space where Richard Rawlings left an indelible mark: his signature on the limited edition can that the attendees purchased.

In addition, Beardburys at SCAMP collaborated with the CRIS Against Cancer Foundation, where all proceeds from merchandising and raffles were donated to the foundation. The tattoo stand, the beer tasting, the food contests, the views offered by the Ferris wheel, the mechanical bull or the Route 66 raffle were the experiences that completed the undisputed plan for Father's Day. 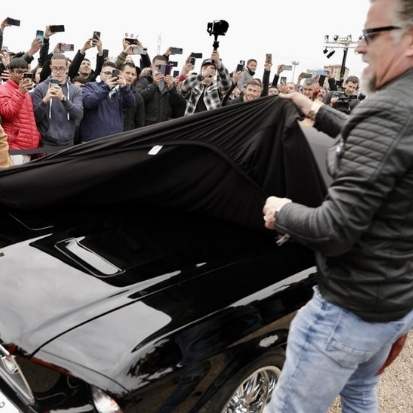 The success of the first edition of SCAMP coincides with Beardburys' fifth anniversary. The brand launched the limited edition together with Gas Monkey Garage to celebrate its first five years of life. The two brands share a style and way of life with a rogue philosophy, adventurous but without losing the taste for the classic.

The four limited editions are now available on the Beardburys website. In addition, they can also be found in more than 500 barbershops throughout Spain, in all El Corte Inglés stores and on Amazon. 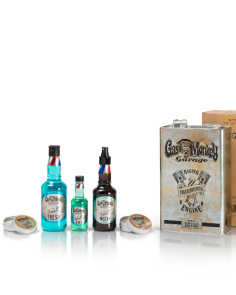 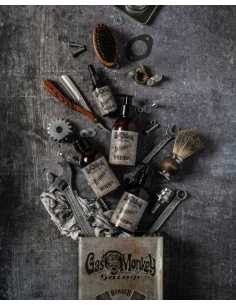 This Limited Edition Kit is part of our exclusive collaboration with Gas Monkey Garage and Richard Rawlings. It is a limited edition pack that includes our fully personalised vintage tin as well as the box and the Beardburys & Gas Monkey product line. We have 4 different kits to best suit your style: Matte, Shine, Beard and Shave. Get yours now and... 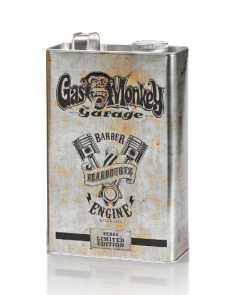 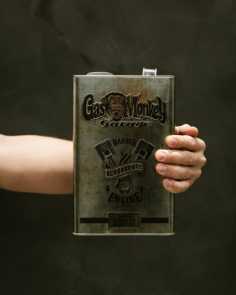 SCAMP is born, the festival that brings the American lifestyle to Madrid with the TV star Richard Rawlings as the protagonist

On March 19, Madrid's Autocine will present a unique experience for motoring fans that will include leisure activities and a large gastronomic space made in America | read more

Texas and Spain have never been so close. Beardburys has partnered with Gas Monkey Garage to create this limited edition for special men with a rogue scent. Just like you | read more

We have teamed up with Gas Monkey Garage, the North American vehicle transformation workshop, to present a special edition of products for the first time in Spain | read more

This Limited Edition Kit is part of our exclusive collaboration with Gas Monkey Garage and Richard Rawlings. It is a limited edition pack that includes our fully personalised vintage tin as well as the box and the Beardburys & Gas Monkey product line. We have 4 different kits to best suit your style: Matte, Shine, Beard and Shave. Get yours now and...

Save products on your wishlist to buy them later or share with your friends.